Benicia, CA – INTEGRA® Services Technologies is pleased to announce the flawless removal of two reactor heads during a catalyst change turnaround at a U.S. west coast refinery in April of this year. The 3-hour removal process was also the fastest in the history of the reactors’ operation.

Removal of the reactors heads had been very difficult in the past. Severe galling of the threaded-in studs had meant the use of time-consuming, dangerous and expensive drilling and disintegration technology. The removal of the two reactor heads during this recent turnaround was accomplished with no stud damage, whatsoever.

INTEGRA® Services Technologies introduced BlackHawk™ High Performance Hydraulic Nuts (HPHN) to the refinery owner to give them a quick, safe and controlled method to disassemble their oversized and damaged studs. BlackHawk™ HPHN’s are a space-saving, self-contained tensioning system engineered to reduce the time of removing bolted assemblies while maintaining the mechanical integrity of all the associated components.

BlackHawk™ HPHN’s were put into service on the reactor heads during a turnaround in 2011. Following the successful removal of the heads in April 2013, a refinery turnaround co-ordinator said, “…our investment has paid off. Typically, it would take three to four shifts to remove the (reactor head) nuts.” The co-ordinator went on to say, “We have not had to torch cut or damage any bolting while blinding and de-heading our reactors; this has never been done (here).”

The refinery owner is actively identifying other equipment that would benefit from the certainty of outcome provided by BlackHawk™ HPHN’s. 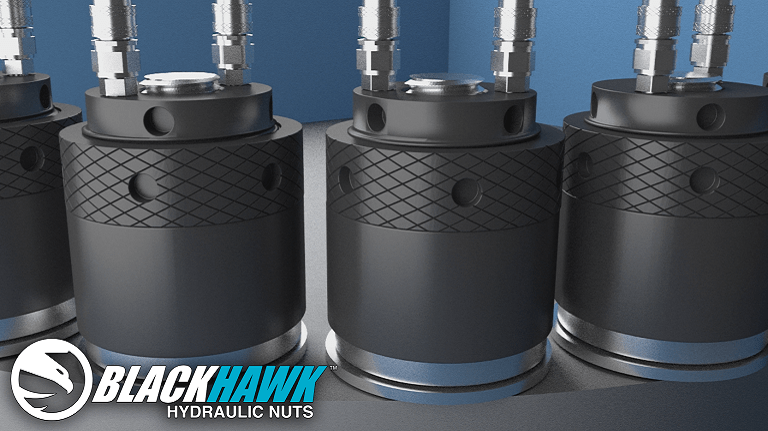